Ludo, the St. Louis power-pop group behind the mid-2000s hits “Love Me Dead,” “Hum Along,” and the astonishing concept album “Broken Bride,” are heading to Chicago for two nights at the House of Blues, accompanied by parody act musicians Clownvis Presley. Both performances will be streamed live via Veeps.com and will be available for 48 hours from the start of the event. This show has been postponed from 2020; original tickets will be honored.

Adela and Dan and their western suburban-based underground music podcast The Underbelly Hours feature up-and-coming singer-songwriters Josh Buche, Demi Clara and Zachary Sonny Edwards on the April edition of the monthly Underbelly Hours Spotlight showcase. The three artists will perform at the Dry City Brew Works in Wheaton on Saturday.

The Neverafter, a solid recent addition to the Chicago-area emo revival, is dropping their new EP, “Art of Separation,” this weekend at WC Social Club in West Chicago. Check out all the new songs, plus special guests Knockout Kid, Night Spice, The Linden Method and Wild Gravity, at the all-ages launch party.

Nora Marks heads to Elgin’s Side Street Studio Arts for a weekend performance with Torch the Hive, The Grow Ops and Crash Birmingham on Saturday April 23.
– Courtesy of Sam Porter


Punk in the suburbs 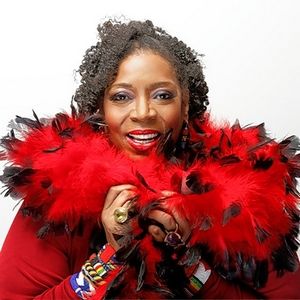 Blues and jazz diva Lynne Jordan continues her residency at the Raue Center for the Arts with a spring performance on Saturday, April 23.
– Courtesy of Lynne Jordan

Chicago blues and jazz diva Lynne Jordan continues her year-long residency at the Raue Center with her spring concert this weekend. The warm and charming Jordan will sing some favorites accompanied by sometimes poignant (but always hilarious) stories from her own life experiences on stage. (Read our preview interview for his Valentine’s Day show on dailyherald.com.) Fresh off of a Grammy win for Best Contemporary Christian Music Album, Elevation Worship is bringing their “Elevation Nights Tour” to the suburbs for a night of worship through music. “We’ll sing a lot of songs that God gave us during the pandemic that we haven’t had a chance to lead outside of Elevation yet,” said Tiffany Hudson, one of the band’s songwriters and worship leaders. The music will be accompanied by a word from Steven Furtick, who is joining the band for their cross-country tour. John Mayer is heading to the United Center with his “Sob Rock Tour” on Thursday and Friday, April 28 and 29.
– Associated Press file photo Relive Twenty One Pilots’ “Scaled and Icy” kickoff show with a cinematic presentation of the event screened at select Chicago and suburban theaters May 19-22.
– Associated press

• The Grammy-winning duo Twenty One Pilots announced last week that they are hitting the big screen with a cinematic presentation of the band’s ‘Scaled and Icy’ album release show from 2021. Y including performance footage, as well as never-before-seen content, the film will screen at multiple screenings in the suburbs and Chicago on Thursday, May 19, as well as limited encore screenings on Sunday, May 22. To see twenty one pilots.movie for more information and to purchase tickets before they sell out.

• Brian Shamie is a multi-platform Daily Herald editor and local music junkie. Email him at [email protected], find him on Facebook, or follow him on Twitter (@thatshamieguy) or Instagram (@chicagosoundcheck). He also keeps an eye on the Chicago music scene at chicagosoundcheck.com.

Very few bands have had such a checkered career as the iconic RAMMSTEIN. From scintillating live performances to a whole host of censorship battles, the band has become a worldwide phenomenon. Three years have passed since the release of their seventh studio album and now it’s time to get ready for the sequel titled Weather […]

You know what they say: Behind every chart-topping hitmaker – Drake, The Weeknd, Rihanna or Ariana Grande – is a Canadian record producer. At least that’s how it feels ahead of the 2022 Juno Awards, where Canadian talents like Scarborough’s WondaGurl are up for Producer of the Year, and Toronto’s Mustafa is nominated twice for […]

Hear the sound of a black hole feeding on stellar matter

A team of MIT scientists is looking for echoes of black holes in an effort to shed light on regions of spacetime that remain largely a mystery to us. To see, black holes only show some semblance of activity when they feed on gas and dust from one of their orbiting stars. When they do, […]